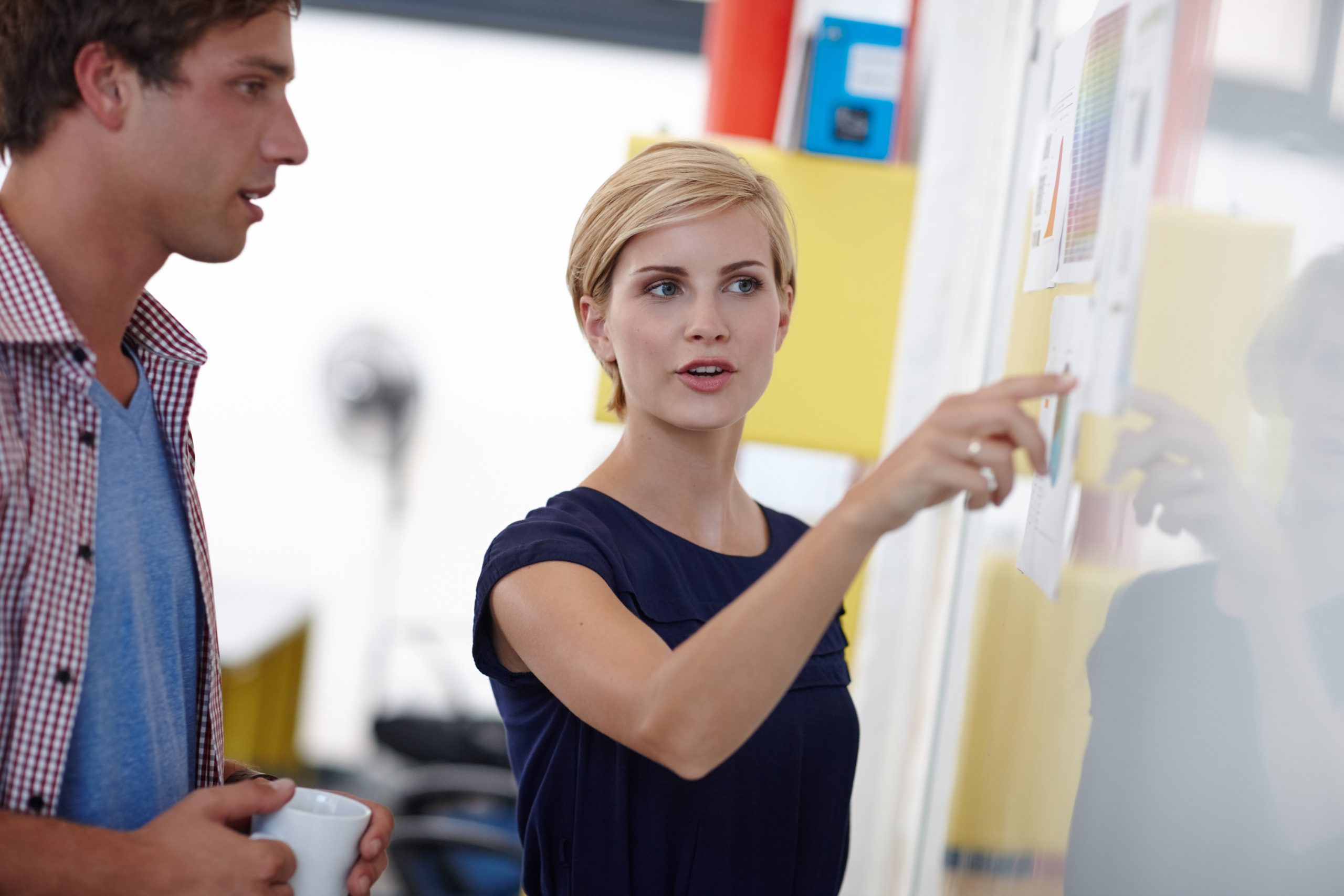 Digital products have been ingrained in our world for good. They accompany us both in our everyday life and at work. Technologies are with us when we ride a bike, go shopping, travel, or handle official matters. We can even stop carrying analog cash in favor of e-wallets on our phones, where, in addition to credit cards, we can also have an e-ID and e-driving license.

The ubiquity of digital products is illustrated by the number of mobile apps available in the Google Play and  Apple App Store. Astrid Eira in her article “Number of Mobile App Downloads in 2022/2023: Statistics, Current Trends, and Predictions,” published in Finances Online Reviews for Business, provides shocking numbers. In 2020 users downloaded a total of 218 billion mobile apps! This marks an increase compared to 204 billion downloads in 2019. Approximately 3.57 Million apps (by August 2022) are available for download on Google Play and 2.09 million on the Apple App Store! For comparison, the world’s population is about 8 billion! This means that statistically, one person on the planet has downloaded 27.25 apps in a year!

How to choose the best application in this jungle?

I intentionally wrote the word “best”. It has been a long time since users were looking for an app that “is ok” or “is enough ” The more apps cross our lives, the higher expectations we have of them. An app that provides some functionality is also evaluated by users in terms of ease of use, accessibility, speed, reliability, and design. What, then, influences the uninstallation of an app? According to a study conducted by researchers from Nielsen, the main reason given by Americans for uninstalling an app was the loss of interest. This reason was given by as many as 75% of the respondents. The uselessness of the app was indicated by 69% of the users, while the unfavorable design was the reason for the uninstallation for 11% of the survey participants.

Digital product designers are highly aware of the role their designs play in users’ lives. No longer does anyone have to be convinced of the importance of real user needs. This is a natural approach that has fortunately displaced confidence in designers’ own skills and creativity. Well-conducted research should be supported when making often very difficult design decisions.

In Iga Mościchowska and Barbara Rogoś-Turek’s book ‘ Research as a basis for User Experience design’  we can read that ‘ the primary goal of the research is (…) to understand better people and the context of the use of a given product in order to get a lot of inspiration for possible solutions, primarily on the basis of observations and facts, rather than mere verbal declarations from users. ’ Another of the purposes of the research quoted by the authors is to verify solutions, in a safe environment. Even before the so-called “go live”. Such research with users can save us from failure and help save a lot of money.

When deciding on quantitative research, at the very beginning we need to make a hypothesis, and then change it on the basis of data analysis, transform it, and model decisions. This group of research includes:

Testing involves comparing two variants of a page to choose the better one.

This method is used on an existing product, making it possible to collect statistics in a simple way.  A necessary condition is that the page you are testing prompts you to perform a specific task, such as adding to a shopping cart or signing up for a newsletter or an event. Most often, as part of testing, the content of headlines, mid-headlines, advertising slogans, and CTA buttons – their colours, appearance, subtitles, and placement are subjects to modification on the page. The number of fields in forms as well as the amount and type of data required should be shortened and reduced. As for the general layout of elements on the page or a complete change in the graphic concept of the site, it is important not to test the entire page, but only its individual elements. Testing too many elements at the same time results in an unclear result and it is difficult to determine which of the applied changes contributed to an increase in conversions. Users who participate in A/B testing are unaware of their participation. Although the sample should depend on the traffic to the site, participants should usually be new users.

It is a  study involving the visual perception of interfaces by recording the eye movements of respondents.

Thanks to this research method, we can find out where a user looks and also see in what order he/she scans the screen and how long it takes to scan the various elements of the page. During the survey, we can also see which elements on the page are ignored and skipped. The advantage of this study is that we can check the unconscious behavior of the users, which is more objective than declarations. The course of such a study is to look at the interface or perform a task on it according to a scenario while the eye tracker fallows and records the eye movements. In practice, this method is very rarely used due to its high cost. A much cheaper substitute for this test is heatmaps. They rely on the analysis of mouse movements and clicks. Based on this, maps are built in order to show which part of the page had the most traffic, the so-called hottest points.

It is a method used at the stage of building the information architecture of websites and services.

Thanks to the use of this method, we find out from the very beginning where users expect to find a particular content or information. The study involves grouping and arranging cards with names, such as products that will be on the site or elements of site navigation. The result of this study is to build an understandable site structure with processes grouped in an intuitive way.

They are designed to define problems and to learn about the needs of users, based on observations and interviews. Thanks to them we can understand certain trends, problems, and their causes. This group of studies includes, among others:

They are the most popular method of social research. IDI (In-depth interviews) involve the researcher and respondent talking about a clearly defined topic and focusing on a specific area. IDIs have gained popularity because of their natural conversational nature. Both the participant and the interviewer have a casual conversation, which encourages openness on the part of the respondent. The interviewer also has more freedom to direct the conversation and ask questions that dig deeper into a particular area. In-depth one-to-one interviews are a universal research method that allows for greater insight and understanding of the user experience. It helps identify behavioral patterns and record opinions about a product.

It involves the user testing the interface according to a pre-developed scenario of tasks. The person who performs the tasks simultaneously narrates aloud what the user is doing, step by step, and shares their thoughts and feelings.

The meeting is usually recorded so that at each stage of the analysis the presenter can replay the meeting. The session can also be observed by a third person, whose main task is to take notes during an interview.

Usability testing can be conducted at any stage of the project. Its main purpose is to find out, what users like, what problems they have and where they hit barriers, how they solve them and whether they can solve them at all. Testing of digital solutions can be conducted on pre-prepared interfaces that have not yet been programmed (e.g., in Adobe XD or Figma) as well as on paper sketches.

They are basic tools for the usability testing of digital products. The main goal of audits is to find key problems in a digital product and recommend solutions. During the audit, experts go through all user paths and catch errors. During the analysis, the expert’s experience in user experience is crucial. Usually, additional help is provided by Nielsen heuristics, which can provide a checklist during the analysis.

There are more and more research tools available on the market. The awareness about how important research is during the design process has also been growing. How can we choose the best one? There is no single answer to this question. The best approach is to use methodological triangulation which involves collecting data using different methods, then comparing them and combining the results. This gives us more in-depth knowledge with less cognitive error.

The most important thing, however, is not to give up on research – to collect data in a methodological way and not to trust only your own intuition. 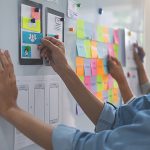 Previous Post Designing e-commerce – what to keep in mind?
Next Post Web analytics and the analytics culture in an organisation